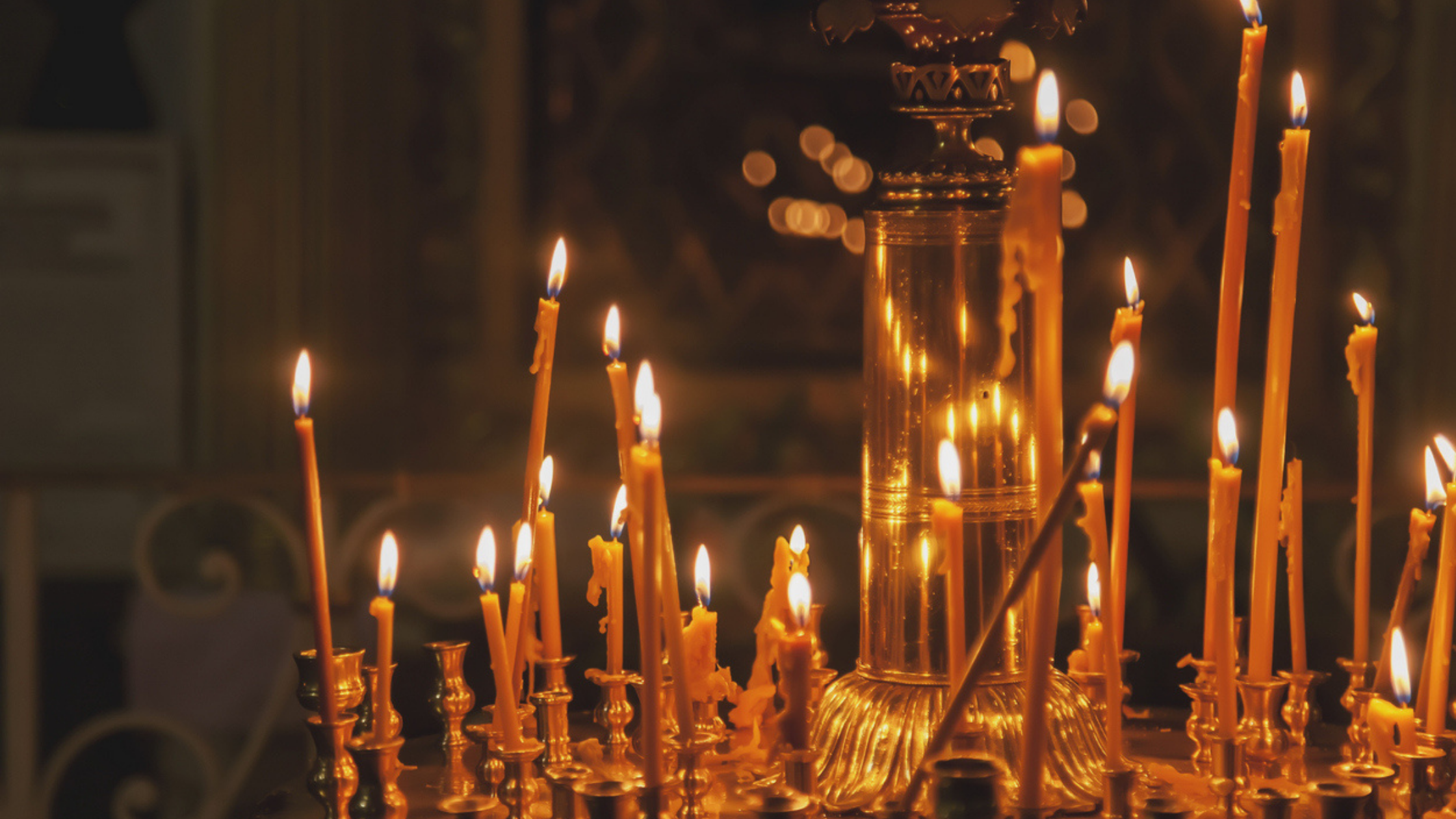 As Churches Burn, Our Faith Must Burn Brighter

By Josh Holdenried (Note: This Commentary originally appeared in the National Catholic Register)

It was a quiet, Saturday morning on July 10 in Ocala, Florida, as parishioners at Queen of Peace Catholic Church gathered for Mass, an opportunity no longer taken for granted after months of shutdowns and restricted worship services.

Just before joining the congregation, Father Patrick O’Doherty noticed a white van barreling towards him and the church. The van, according to Father O’Doherty, “jumped the pavement and crashed into the two front doors of the church. [The driver] had gotten inside and put 10 gallons of gasoline on the floor. Set it on fire and came out. I was face-to-face with him… and then he jumped into his car and off he sped.”

Thanks to law enforcement, the disturbed man who set Father O’Doherty’s church ablaze, Steven Shields, was eventually chased down and arrested. By the grace of God no one was injured. First responders acted quickly to put out the fire, but the church building sustained significant damage. Shields later told investigators that his attack was “awesome,” after admitting to the arson attack. He also explained that he had “problems” with the Catholic Church.

The story got little attention from the mainstream news. Nevertheless, Shields’ attempt at mass murder is part of what appears to be a growing trend of intimidation and violence against the Catholic Church. This trend, which has seen several sacrilegious attacks across the country, included an arson attack against the historic San Gabriel Mission in Los Angeles, the church founded by St. Junípero Serra in 1771. The Los Angeles arson happened on the same day as the attack in Florida and was followed by more than half-dozen new attacks against church property across the country.

There is no evidence of coordination among these attacks, but that might be more concerning than reassuring. If these acts were part of some sort of criminal conspiracy or organized domestic terrorist threat, then rationalizing the motives and stopping the violence might be easier. What appears to be happening instead are unrelated acts of vandalism and violence that can neither be predicted nor prevented by the arrest of any one person.

So, what are the motivations behind these hate crimes? Why are statues of Jesus being decapitated? Or statues of is Virgin Mother being spray-painted with the word “IDOL”?

Perhaps these attacks are part of the broader effort to teardown and criticize statues that protesters and activists now deem “problematic.” It was not that long ago that political activist Shaun King, who boasts more than 1 million Twitter followers, tweeted that statues, murals and stained-glass windows depicting “white Jesus” and his “European mother” should be torn down and destroyed. Never mind that depictions of the Holy Family are diverse and reflective of cultures throughout the world where Christianity is present.

Then there was Rep. Alexandria Ocasio-Cortez, D-N.Y., whose Twitter following is eight times larger than that of King’s. She recently described the statue of St. Damien of Molokai in the U.S. Capitol as a symbol of the “patriarchy” and “white supremacist culture.”

St. Damien spent the last 16 years of his life caring for lepers on the remote Hawaiian island of Molokai before succumbing to leprosy himself in 1889. Never mind that President Barack Obama, a native of Hawaii, expressed his “deep admiration for the life of Blessed Damien De Veuster” when the missionary saint was canonized by Pope Benedict XVI in 2009.

None of this is to say that Shaun King and Alexandria Ocasio-Cortez have anything to do with vans crashing into churches or sacrilegious attacks. But opportunistic rhetoric will only fan the flames of destruction. As such, the question before the faith community remains: How should we respond? What should we do?

We must first embrace our faith, not succumb to panic or despair. If the purpose of these attacks is to intimidate churchgoers, then we should go to church. After Shields crashed his van into Queen of Peach Catholic Church before setting it ablaze, parishioners returned that same afternoon for Mass in the parish hall.

When asked whether congregations should be afraid, Bishop John Noonan of Orlando, whose diocese includes Queen of Peace Catholic Church, shared the story of Jesus asleep during a sea storm from the Gospel of Matthew(8:24-26):

Suddenly a violent storm came upon the sea, so that the boat was being swamped by waves; but [Jesus] was asleep. They came and woke him, saying, ‘Lord, save us! We are perishing!’ He said to them, ‘Why are you terrified, O you of little faith?’ Then he got up, rebuked the winds and the sea, and there was great calm.

Jesus shows us that he will rebuke the fierce winds and rocky waters of our lives so long as we place our faith in him. But doing so is no easy task because faith is a virtue, not a passive disposition. It requires right action in accordance with right reason in pursuit of the good.

This good was promulgated by Christ himself (Matthew 28:19-20),for he commanded his followers to:

Go, therefore, and make disciples of all nations, baptizing them in the name of the Father, and of the Son, and of the holy Spirit, teaching them to observe all that I have commanded you. And behold, I am with you always, until the end of the age.

This commandment reflects the Church’s missionary mandate. It compels us to put our faith into action and undertake the hard work of evangelization.

As Pope St. John Paull II declared in his encyclical Redemptoris Missio, promulgated 30 years ago Dec. 7: “Missionary activity is a matter for all Christians, for all dioceses and parishes, Church institutions and associations.”

In other words, evangelization is not just a task for the few, but a mission for the many. This is why “Church institutions and associations, ”like schools, hospitals, charities and other lay apostolates, are so important. Through their tireless work they are repositories of faith that burn brighter than any fire of destruction.

In short, acts of violence, vandalism and vitriol should not put us on the back foot. Rather, these attempts at destruction should remind us to stand firm in our faith and continue building what others may seek to destroy. To do otherwise would be an act of little faith, for Christ promised to be with us until the end of the age.