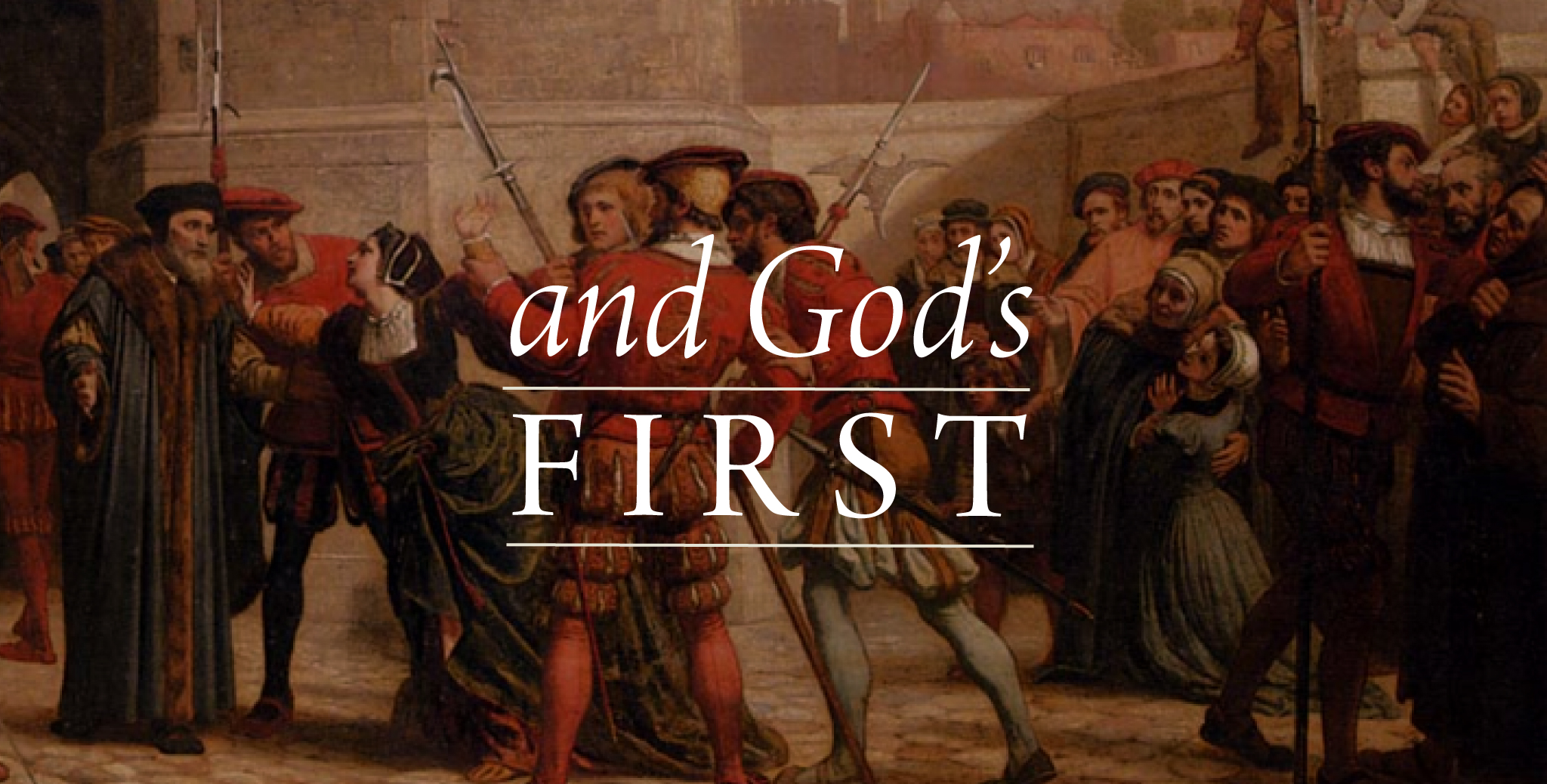 The name of NLI’s blog, And God’s First, is inspired by St. Thomas More, who was convicted of treason and executed by Henry VIII for refusing to take the Oath of Supremacy. More’s witness has inspired people of faith for many centuries, as he stood firmly for the rights of conscience despite pressure from the King.

“On his way to the Tower one of his daughters, named Margaret, pushed through the archers and guards, and held him in her embrace some time without being able to speak. Afterwards More, asking leave of the archers, bade her have patience, for it was God's will, and she had long known the secret of his heart. After going 10 or 12 steps she returned and embraced him again, to which he said nothing, except to bid her pray to God for his soul; and this without tears or change of color. On the Tuesday following he was beheaded in the open space in front of the Tower. A little before his death he asked those present to pray to God for him and he would do the same for them [in the other world.] He then be sought them earnestly to pray to God to give the King good counsel, protesting that he died his faithful servant, and God's first."

The Paris Newsletter Account of More’s Trial and Execution,
August 4, 1535 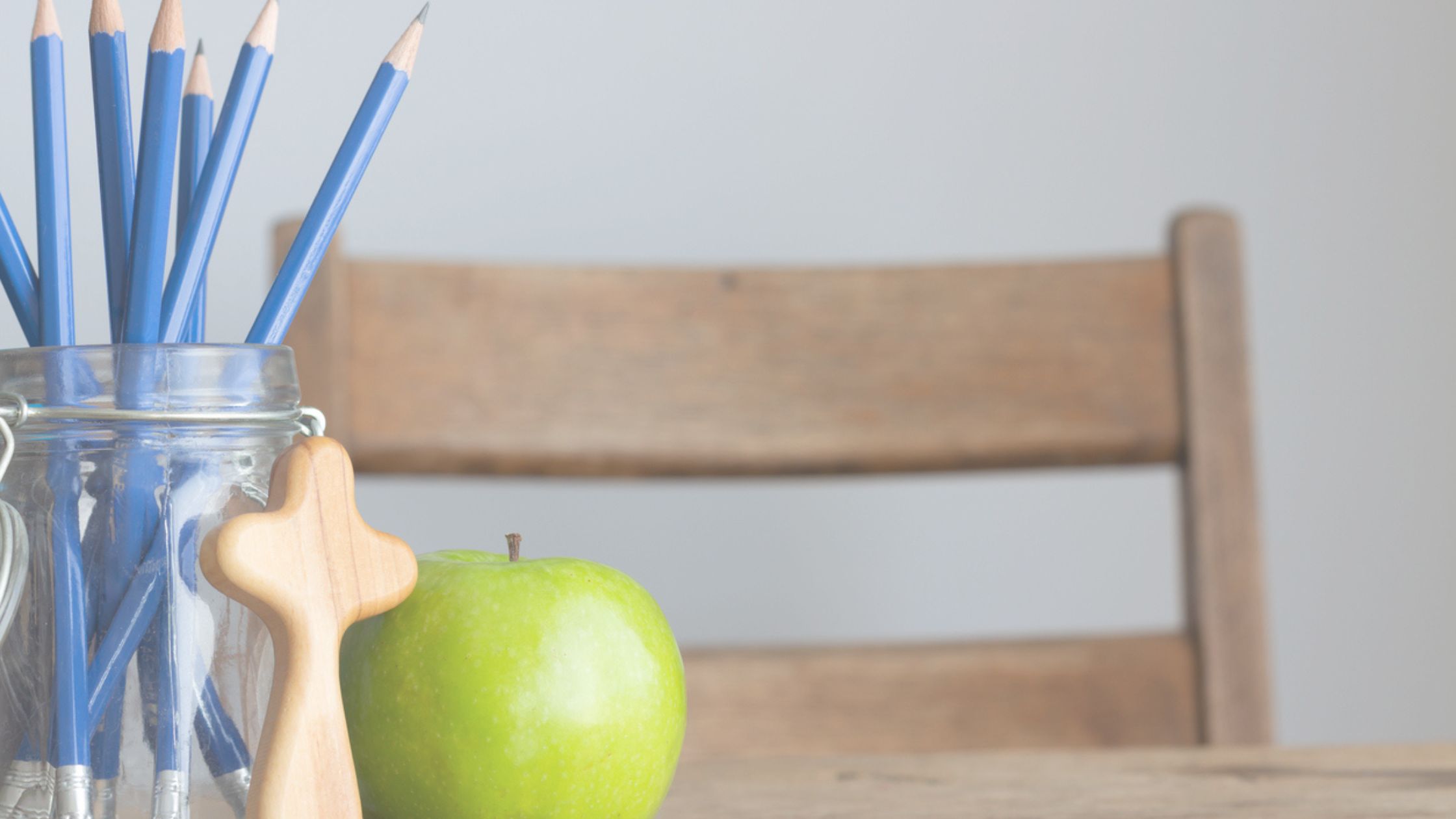 What Makes a Lawyer Good?

September 12, 2022 | What makes a lawyer good? What makes a good lawyer? Maybe we should start with the question, “what is a lawyer?”

September 2, 2022 | The Orthodox Jewish community has been one of the crown jewels of New York City’s famous mosaic of cultures for centuries. The faith which began almost before recorded history has remained vibrant as yellow taxi cabs replaced horses and buggies around Central Park, and rideshare sedans now vie for the customers of yellow cabs.

More from And God's First

An Introduction to Deputized Fundraising

What Directors Need to Know About the Duty of Obedience

Impact Investing: Nonprofits and the Parable of the Talents

The Real Civil Rights Issue of Our Time

Greatness of Soul—On the Launch of The Good Counselor Project

Why The Good Counselor Project?

Build Back Better, But Not For Religious Believers

The Things of the Spirit: What a Good Counselor Should Know

Gratitude, Service, and the Vocation of a Good Counselor

2021 Updates to Paid Leave Under FFCRA

Five Takeaways for Nonprofit Leaders from the Consolidated Appropriations Act, 2021

Virtue: Beyond the Individual

Church and State: How Federal RFRA Draws the Line

Considering a Fundraiser? What You Should Know about Charitable Solicitation Regulation

Fulton v. City of Philadelphia: What Nonprofit Leaders Should Know about the Case and its Impact

Faith-Based Nonprofits and Federal Agencies: Four Ways the Election Can Impact Your Organization

Updates on the Ministerial Exception: What Nonprofit Leaders Need to Know about the Supreme Court’s Opinion in Our Lady of Guadalupe

What Does it Mean to Be a “Religious Organization”?

As Churches Burn, Our Faith Must Burn Brighter

Change is in the Air: Updates to the Paycheck Protection Program

Returning to Mission: Five Steps to Prepare to Reopen

Subsidiarity in a Time of Fear: The Role of the Charitable Sector

The Ministerial Exception: What Nonprofit Leaders Need to Know

To Rebuild After COVID, Look to Faith-Based Organizations

A Closer Look at Eligibility for Paycheck Protection Program Loans

Endurance: Taking Care of Yourself as a Leader

Taking Board Action Without A Meeting

Maximize Your Impact in Challenging Times

Wisdom: Considering Mediation in a Time of Crisis

Highlights of SBA's Updated FAQs on the Paycheck Protection Loans

Respect: Fundraising in the Time of Crisis: Is it Appropriate to Ask for Money?

Duty: Engaging Your Board During a Crisis

Keeping the Faith During A Time of Crisis

Stewardship: Protecting Your Faith-Based Organization During a Crisis

Leadership: Leading Your Faith-Based Organization Through A Crisis

Called to Formation: How Freedom Requires a Devotional Spirit

Mass and Spiritual Formation During Quarantine

Empowering Evangelization: Our Vision for America

What You Need to Know: Faith-Based Organizations and the Coronavirus Pandemic 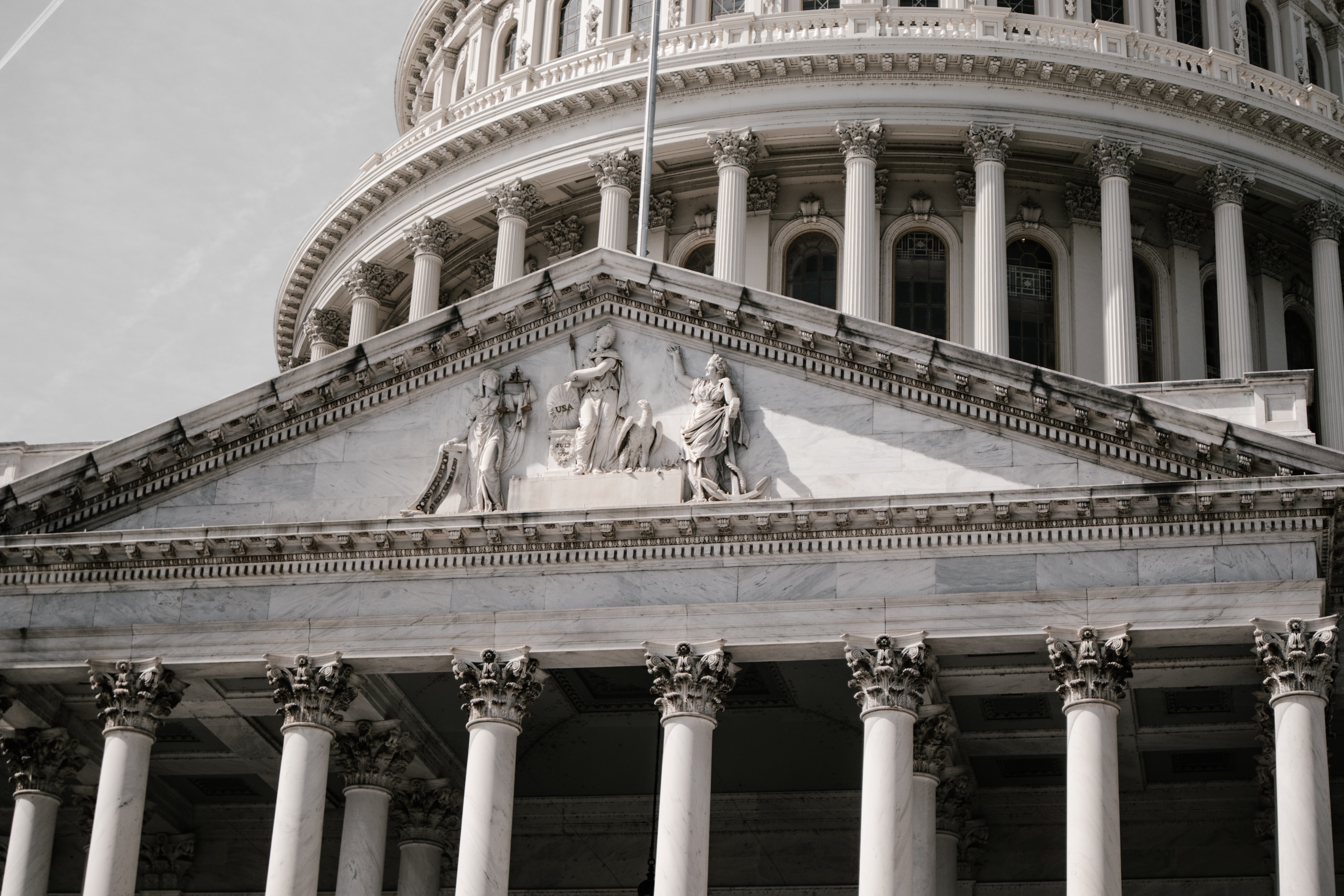 Published monthly, the Napa Ledger includes a digest of pertinent legal and policy updates, insight into the latest Napa Legal content, and a collection of articles that relate to the work we are doing. These resources are provided for educational purposes and not as legal advice.

Subscribe to our monthly newsletter by clicking the button below: