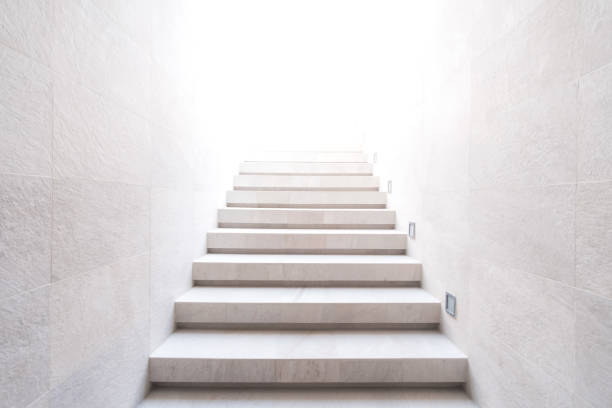 Empowering Evangelization: Our Vision for America

In early 2019, after accepting the role of Executive Director of the newly launched Napa Legal Institute, I was challenged by a board member to explain our vision for the organization. Eager to convey that I had done my homework, I quickly rattled off the official mission statement of Napa Legal Institute:

“The mission of Napa Legal Institute is to provide corporate, tax, philanthropic, and other non-litigation legal and financial education to protect and advance the missions of nonprofit organizations aligned with the Catholic Faith.”

Seeing the board member’s expression, I could tell he wasn’t that impressed with my answer. “That’s not a vision; that’s a mission statement,” he replied.  “What’s your vision for this organization? What is your Commander’s Intent?”

Perplexed, I admitted that I was unfamiliar with the term. Commander’s Intent? Doesn’t a mission statement convey a vision? What more was there to say?!

There wasn’t more to say, but rather, less to say, I soon realized. The board member proceeded to explain what he meant by Commander’s Intent; a concept borrowed from Made to Stick. The bestselling book describes how leaders can develop and share ideas so that they “stick” with audiences, customers, and constituents.

Commander’s Intent, or “CI” is military parlance for, “a crisp, plain-talk statement that appears at the top of every order, specifying the plan’s goal, the desired end-state of an operation.” The statement secures the intent of the order in the likely event that uncontrollable circumstances might invalidate the original plan that was put into place to achieve the operation’s end-state.

In other words, a mission might include carefully planned details and specific objectives, but a CI is meant to quickly convey the desired end-state of that mission’s directive.

The further a CI travels down the chain of command, the more specific it becomes to those who must execute a specific mission. For example, Supreme Allied Commander Dwight D. Eisenhower’s CI was to Liberate Europe. This meant that while sailors, soldiers, and airmen all had very specific missions related to Operation Overlord (D-Day), they nonetheless understood the over all intent of their commander.

A Lesson from History

Taking seriously the suggestion that I come up with a crisp, jargon-free CI for Napa Legal Institute, I began to consider which branches of the U.S. military were most similar to NLI in the broadest sense (since a CI is a combat concept).

I concluded that the Quartermaster Corps of the U.S Army, with its commitment to Supporting Victory, had the most to offer by analogy to NLI’s vision.

As the oldest logistics branch of the army, the Quartermaster Corps was established on June 16, 1775 by the Second Continental Congress, the same day George Washington accepted his commission as Commander of the Continental Army. In other words, Congress knew that if the army was to be successful, it needed not just a talented commander, but also the necessary resources and supply lines to keep that commander’s army in the field of battle.

In fact, arguably one of the lowest points for the Continental Army during the Revolutionary War was their retreat to Valley Forge in December of 1777. Facing a severe supply crisis, General Washington lost close to 2,000 men due to malnutrition and disease during their cold, winter encampment. This experience made it clear that where the supply lines fail and the resources disappear, so too does the army’s overall capacity.

Nevertheless, Washington eventually prevailed and so too did the Quartermaster Corps as it learned to execute its mission more effectively. Today, it remains one of the most important branches of the U.S. Army. Their current mission statement reads:

“To support the development, production, acquisition, and sustainment of general supply, Mortuary Affairs, subsistences, petroleum and water, material and distribution management during peace and war to provide combat power to the U.S. Army.”

Well, it’s actually there in the last sentence: “to provide combat power to the U.S. Army.” This was eventually condensed into the regimental motto of today’s Quartermaster Corps: Supporting Victory.

Similar to the Quartermaster Corps, Napa Legal Institute exists as a key logistics branch to ensure that those on the front lines have what they need to achieve victory. For us, this means keeping the supply lines open with the educational materials and legal resources that religious nonprofits need in order to execute on their varied missions. We do this through our growing network of allied professionals; publishing and producing white papers, webinars, blogs, newsletters, and other materials critical to nonprofit success; and much more.

In other words, Napa Legal Institute’s CI is to Empower Evangelization.

As our vision statement, Empowering Evangelization challenges the board, staff, and volunteers of Napa Legal Institute to ask themselves whether their respective responsibilities are ultimately aligned with the broader intent of the organization. For example: Does this white paper about tax forms help an organization stay in compliance so it can better achieve its apostolic mission?

This of course raises a larger question—why is evangelization important in the first place? Why should we empower it?

For believers committed to the common good, the answer is obvious in wanting to bring more people to the faith. The first step toward such evangelization is bearing witness to it so that others may be inspired. The following step is when believers come together to form organizations where they can share their faith through service to others. These services often directly benefit the socio-economic health of the United States, and that in turn benefits everyone.

Catholics in particular are called to contribute their talents and professional skills to such temporal endeavors. In the Second Vatican Council's Decree on the Apostolate of the Laity, it was promulgated that:

“In regard to the Christian renewal of the temporal order, the laity should be instructed in the true meaning and value of temporal things, both in themselves and in relation to all the aims of the human person. They should be trained in the right use of things and the organization of institutions, attentive always to the common good in line with the principles of the moral and social teaching of the Church” (Apostolicam Actuositatem).

Looking to the Future

Such a call helps explain why a 2016 study from Georgetown University found that religion contributes over $1 trillion per year to the socio-economic health of the United States through social services including, but not limited to, “education, healthcare, local congregational activities, charities, media, and food.” To put this number into perspective, "this is more than the global annual revenues of tech giants Apple and Microsoft combined."

In recognition of this reality, Napa Legal Institute seeks to Empower Evangelization, which in turn empowers America. There is no better place for religious organizations to flourish than the United States. Our entrepreneurial and philanthropic spirit is conducive to the formation and proliferation of the religious institutions that sustain and strengthen a free society.

Josh Holdenried serves as Vice President and Executive Director for NLI. Before joining NLI, he was Associate Director of Coalition Relations at The Heritage Foundation, where he focused on strategic partnerships and policy promotion. He holds a B.A. in Public Policy Leadership from the University of Mississippi and a Certificate in Applied Religion in Public Policy from Pepperdine University’s School of Public Policy. He is currently pursuing an M.A. at Hillsdale College’s School of Government.