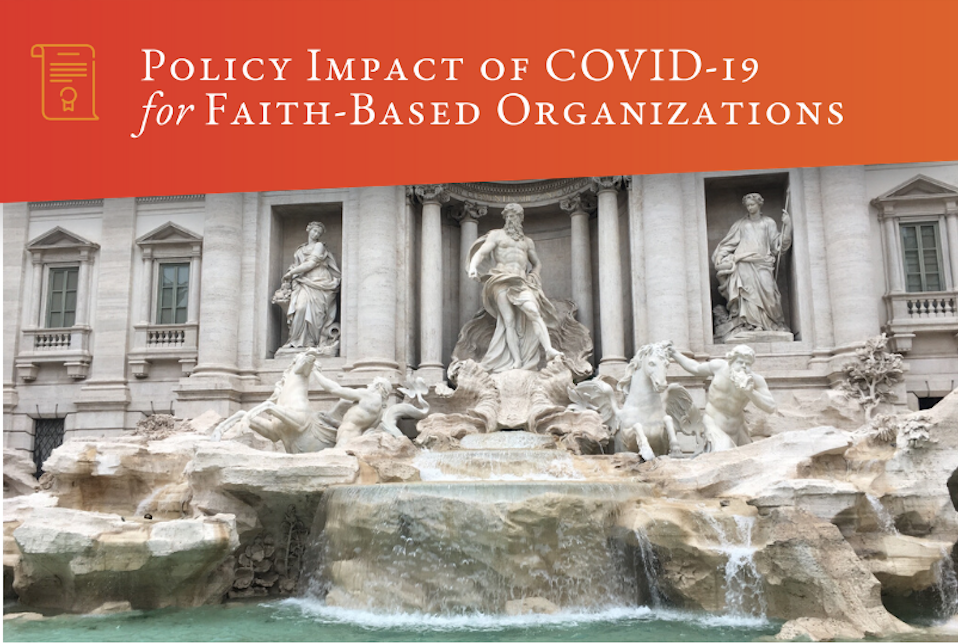 ·      CARES § 2204 temporarily modifies the federal tax code to create an above-the-line deduction in 2020 of up to $300 for individuals and $600 for married couples for charitable contributions. Because the deduction is above-the-line, it also may reduce state income taxes for some taxpayers.

·      This deduction can be utilized by the approximately 86% of taxpayers who use the standard deduction; previously there was no tax incentive for charitable giving for the majority of taxpayers who do not itemize deductions.

·      This provision gives a temporary opportunity for religious nonprofits to survive these trying times through small donations.

Religious nonprofits face unique concerns in this time of crisis. In addition to options available through Small Business Administration loans and payroll relief programs, religious nonprofits also may find financial assistance in some of the lesser known CARES Act provisions.

Prior to this modification to § 2204, charitable donations were only deductible from one’s Adjusted Gross Income (AGI) if the taxpayer chose to itemize his or her deductions.i

In addition to providing the dollar value reduction in AGI, the tax deductions can also reduce the amount of a taxpayer’s income subject to one’s highest marginal tax rate. Below is a table showing the value of this deduction for married filers filing jointly.

Although the dollar amount of these deductions is relatively small on an individual taxpayer level, the value for religious tax-exempt organization is in the aggregate: this new tax incentive to make charitable donations impacts over 130 million tax filers. Even if only 50% of taxpayers take advantage of this deduction, their donations would represent $19.5 billion in charitable contributions!

A major benefit of the charitable deduction being above-the-line is that many states use a taxpayers’s federal AGI as a starting point for state income tax calculations. ii  This change has an immediate effect for taxpayers in states that incorporate the most current version of the Internal Revenue Code (“IRC”) into their state tax code by reference.

Of states which use federal AGI or federal taxable income as their starting point, 18 states and the District of Columbia incorporate the most current version of the IRC.iii  Thus, for taxpayers of these 19 jurisdictions, 2020 charitable contributions will automatically result in tax savings on both their federal and state tax returns.

Below are two examples showing potential tax relief based on the CARES Act Charitable Contribution Deduction. Please note these are hypothetical examples provided for illustrative and educational purposes only. Consult an attorney or accountant before making financial decisions.

The CARES’s tax incentives for charitable contributions apply to returns for tax years ending in 2020, not 2019.1  Some individual taxpayers have not filed their 2019 return yet because the normal April 15 filing was extended to July 15. 2  These taxpayers should be aware that the CARES Act charitable giving incentives cannot be applied on their pending 2019 tax returns.

Keeping this in mind, the provisions apply to any qualifying charitable donation made during 2020.  A qualifying donation can be made now but its donor will not be claiming it on a tax return until they file early next year. For more on seeking donations in this time of crisis, see here.

Religious nonprofits may be looking for creative strategies to manage during this difficult time.  This new deduction gives about 86% of taxpayers a new incentive to make a charitable contribution.  Although the savings appear somewhat are modest, we must keep in mind that the contribution required is also modest.  At the end of the day, the faithful are now able to make a $300 per person donation at a net cost of as low as $170 per person. This applies through the end of 2020 at least, which means that fundraising this Advent and Christmas can help make up for lost donations from a Lent and Easter unlike any other.

Kevin Stidham is a third-year law student at Cornell Law School.  Growing up in Orange County, California, Kevin was inculcated in the faith through the Catholic education offered at St. Anne School and JSerra Catholic High School.  As an undergraduate, Kevin attended the University of Notre Dame where he studied the Great Books while majoring in the Program of Liberal Studies.  While at Cornell Law School, Kevin focused on transactional courses with a particular focus in tax courses.  During his first summer of law school, he participated in the Blackstone Fellowship by interning under John Peiffer at the founding of NLI.  He has also interned for The Busch Firm and plans to practice law in California after law school graduation.