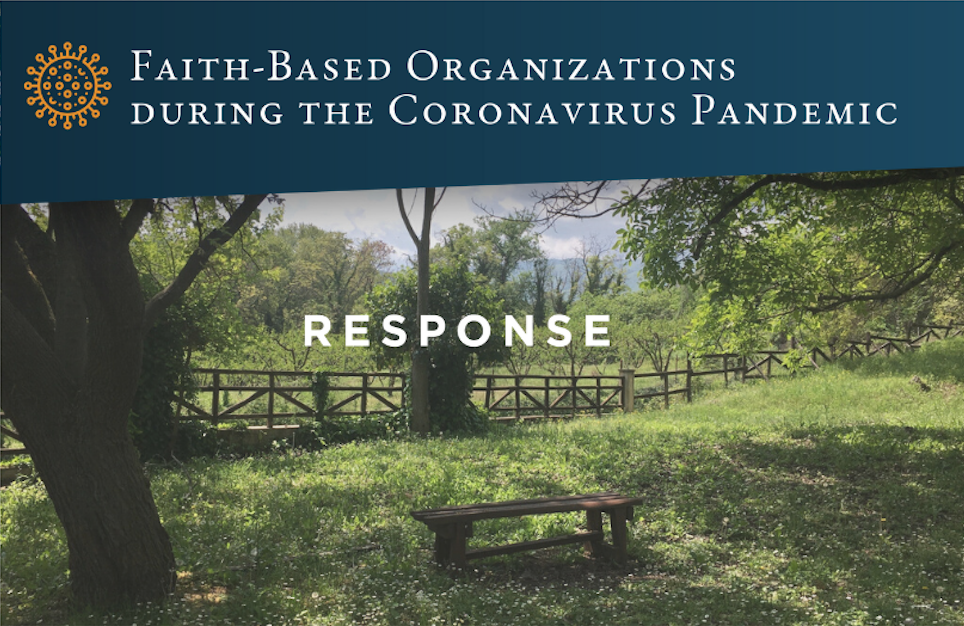 Subsidiarity in a Time of Fear: The Role of the Charitable Sector

Since at least the beginning of the last century, American government has expanded in size and scope, especially during times of fear and economic crises like the Great Depression, the Great Recession, and now the Coronavirus shutdown. The results tend to de-emphasize communitarian solutions offered at the local level in favor of top-down solutions at the national level.

While government does have an essential role to play in providing for the security and dignity of its citizens, times of crisis can lead us to distort that role and dangerously expand the boundary of government action. As such, it is important that we return to the principle of subsidiarity, an approach that is better suited to serve our family, friends, and neighbors.

The charitable sector plays an essential role in sustaining civil society during times of crisis. Empowering faith-based organizations to respond and adapt to crisis is urgent at times when subsidiarity is often overlooked in favor of centralizing and consolidating authority.

In Quadragesimo Anno, Pope Pius XI writes, “Just as it is gravely wrong to take from individuals what they can accomplish by their own initiative and industry and give it to the community, so also it is an injustice and at the same time a grave evil and disturbance of right order to assign to a greater and higher association what lesser and subordinate organizations can do.”

So, what can religious nonprofits do?

In large part, the answer to this question is what these organizations were already doing: serving their neighbor and their community as they work in furtherance of the common good. Crisis, however, largely increases the scale and the urgency.

Due to rising health concerns, financial struggles, and other obstacles brought on by the pandemic, many people find themselves in a position where the things they can accomplish on their own initiative and industriousness have declined. Layoffs are rising; individuals, families, and organizations are struggling. As people look outward for support, the charitable sector can and should rise to meet the need.

Thankfully, we are already seeing this take place. Nonprofit organizations are sponsoring research to combat the pandemic and adapting their services to provide telemedicine and rapid testing. New foundations are being formed to support nonprofits in recognition of the direct service and support that these organizations uniquely offer to their communities.

Religious nonprofits, definitionally and functionally, operate with this sense of directness. They identify a specific need which they seek to meet; they operate because of the support from others who also recognize this need and recognize the work the organization is doing to meet it. There is a direct channel between the individual, the servicer, and the need that is met. Faith-based organizations, and nonprofits in general, can properly and adeptly serve their communities (local communities, but also national and global) at a lower and more direct level of association than government.

In embracing subsidiarity, religious organizations should work to respond rapidly and effectively to meet new needs of the communities they serve. If the charitable sector is not able to offer the necessary support, the government may then be the appropriate level of association. But this order, this right order, of first looking to mediating institutions exemplifies the principle of subsidiarity. Many nonprofits – and in particular religious nonprofits, driven by their faith – have demonstrated the ability to quickly respond to rising needs presented by the pandemic.

By adapting and embodying subsidiarity during times of crisis, religious nonprofits are poised to continue operating post-crisis. As such, these organizations will be better equipped and positioned to continue supporting the communities they serve – giving government the ability to focus on the rebuilding needs that nonprofits are not equipped to meet.

Each sector has a role to play; when they operate under right order as Pope Pius XI describes, society is naturally improved. An empowered charitable sector can help stimulate the economy, support community, and alleviate government – all leading to a healthier society. When religious nonprofits rise to meet the needs presented by crisis, they contribute to forming a society that is aimed toward the common good.

Holly Bahadursingh serves as Program Coordinator for NLI. She is a graduate of the University of Notre Dame where she studied Political Science with minors in Theology and Constitutional Studies. At Notre Dame, she was a Tocqueville fellow for the inquiry into religion and public life, wrote for The Irish Rover, and was involved in the Alexander Hamilton Society. She also spent a semester studying in Athens, Greece. Holly has previously interned for The Heritage Foundation, Orange County Board of Supervisors, and the U.S. House of Representatives.